Developers Day – NARC: It was a truly amazing event on Saturday. Huge thanks to Eugene Jarvis, George Petro, Larry DeMar, Mark Loffredo,Todd Allen & Warren Davis for maing such an awesome game as NARC! Huge thanks also to the other industry celebrities that came as well, Brian F Colin, Jeffrey Lee, Steve Beran, & Mike Vinikour! Sorry we only had time for one interview on stream (with George Petro) but there was just so much going on at once. 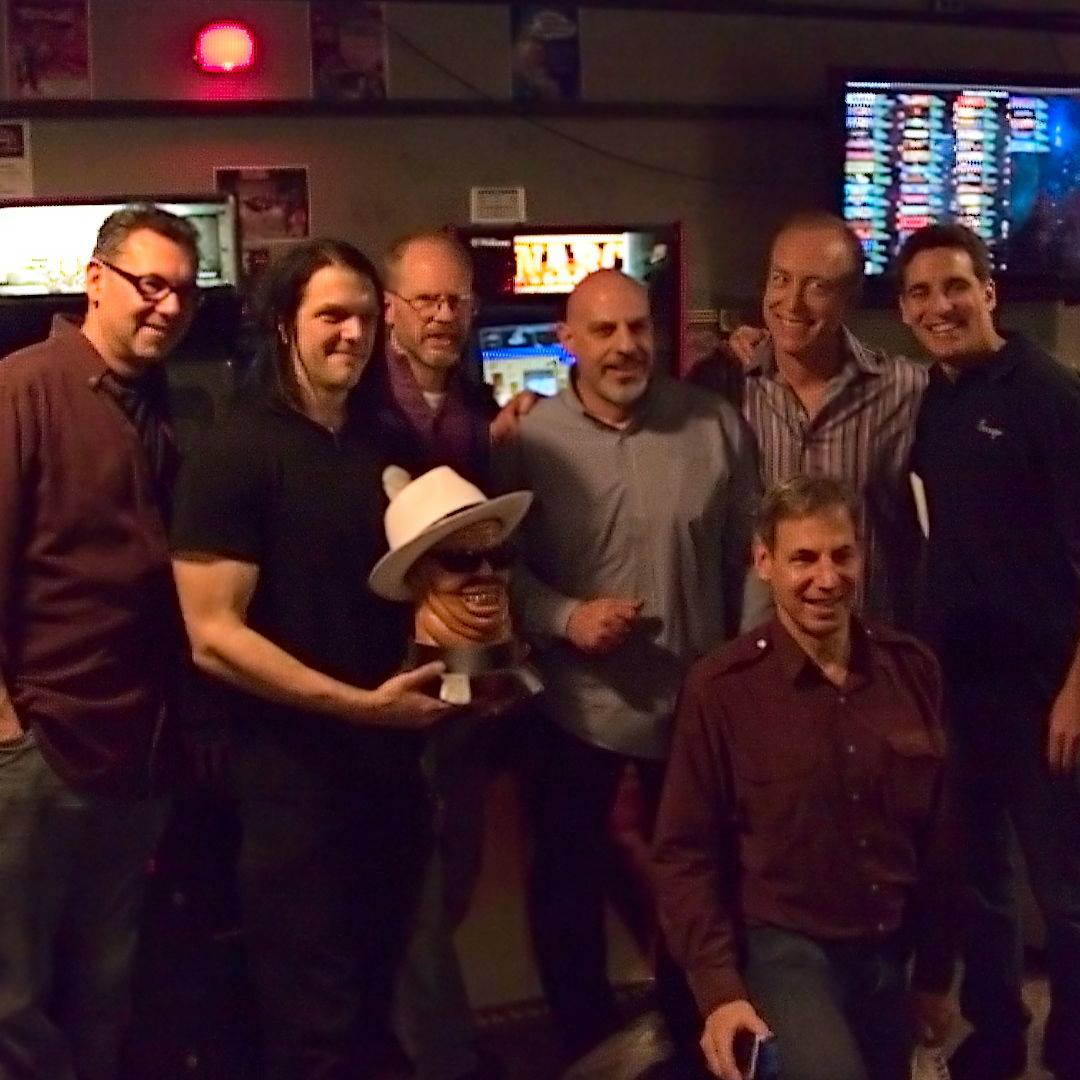 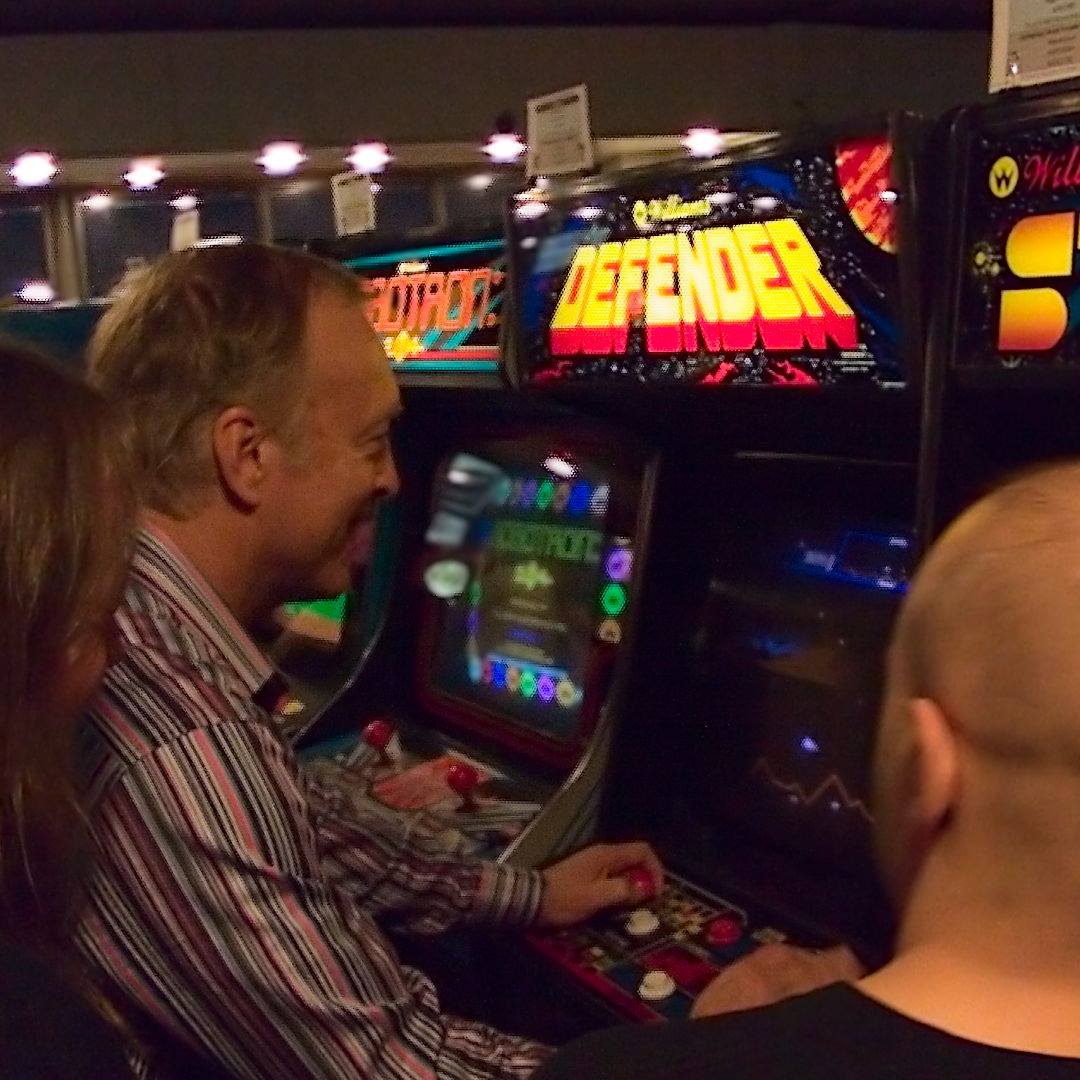 Huge thanks to Larry DeMar for coming to our Narc Developers day! Awhile back he had mentioned an update to Robotron : 2084 he was working on and Larry very generously upgraded our ROMS! Dubbed the Tie-Die Rom Set, it was created with Marathon players in mind! The 10 million digit was unmasked and a life counter was added along with a few other fixes. Check out all the details at:
http://www.robotron2084guidebook.com/…/robo2k14_tie-die-ro…/
for all the info on the upgrade and the history behind it! Who will be the first to marathon Robotron here at the Galloping Ghost Arcade?

Huge thanks to Warren Davis for not only travelling in for the the Narc Developers Day but also for this really awesome one of a kind Us Vs Them poster commemorating our last Developers Day! It shows many photos from the filming of Us Vs Them that have never been seen before! We are having it framed and it will be on display at the arcade soon!

At the end of the Narc event, I was walking with George Petro as he took the incredible NARC items back to his car. Seeing the NARC T-shirt, Team jacket, Narc Handheld, the promotional Mr. Big dollar, & the all the prototype NARC artwork for the control panel and marquee was really amazing.

There were a few items he didn’t bring in though, such as the printed source code for NARC, which was just staggering seeing the massive amount of code that went into that game. He also showed me the NARC prototype glass bezel. It was so cool to see how the game might have looked. Before leaving, George had a gift for us and the start of a new challenge of sorts. He gave me a piece of side art for a game called “THE PREDATORS”! He had mentioned it once before, as an incredibly fun prototype game that was never fully released.

I researched it a bit before and there is very little info on it. It was a four player space themed arcade game, worked on by John Newcomer and Steve Ritchie. Not much else is known about the game outside of a website devoted to it
http://www.retrokade.com/cabs/predators.htm

Thanks to George, we will have the side art framed and on display at the arcade. We now have another unreleased game to try to track down and hopefully, we will one day be able to play here at the Galloping Ghost Arcade. Huge thanks to George Petro for not only inspiring the Narc event by sharing so many great stories of its development, sharing the unreleased level of Narc, but also for helping get everyone here (including Mark Loffredo, who hadn’t been here before).