Designed in 1982 by Gottlieb, Argus has you playing the role of a superhero protecting the city from assault from monsters, criminals, and supervillains, using a trackball to fly around the screen. The game was never released, making this a Galloping Ghost Arcade exclusive!

The cabinet art was custom made for Galloping Ghost Arcade by none other than Gottlieb’s legendary Jeff Lee, creator of Q*bert.

This is officially our 500th game at Galloping Ghost Arcade! 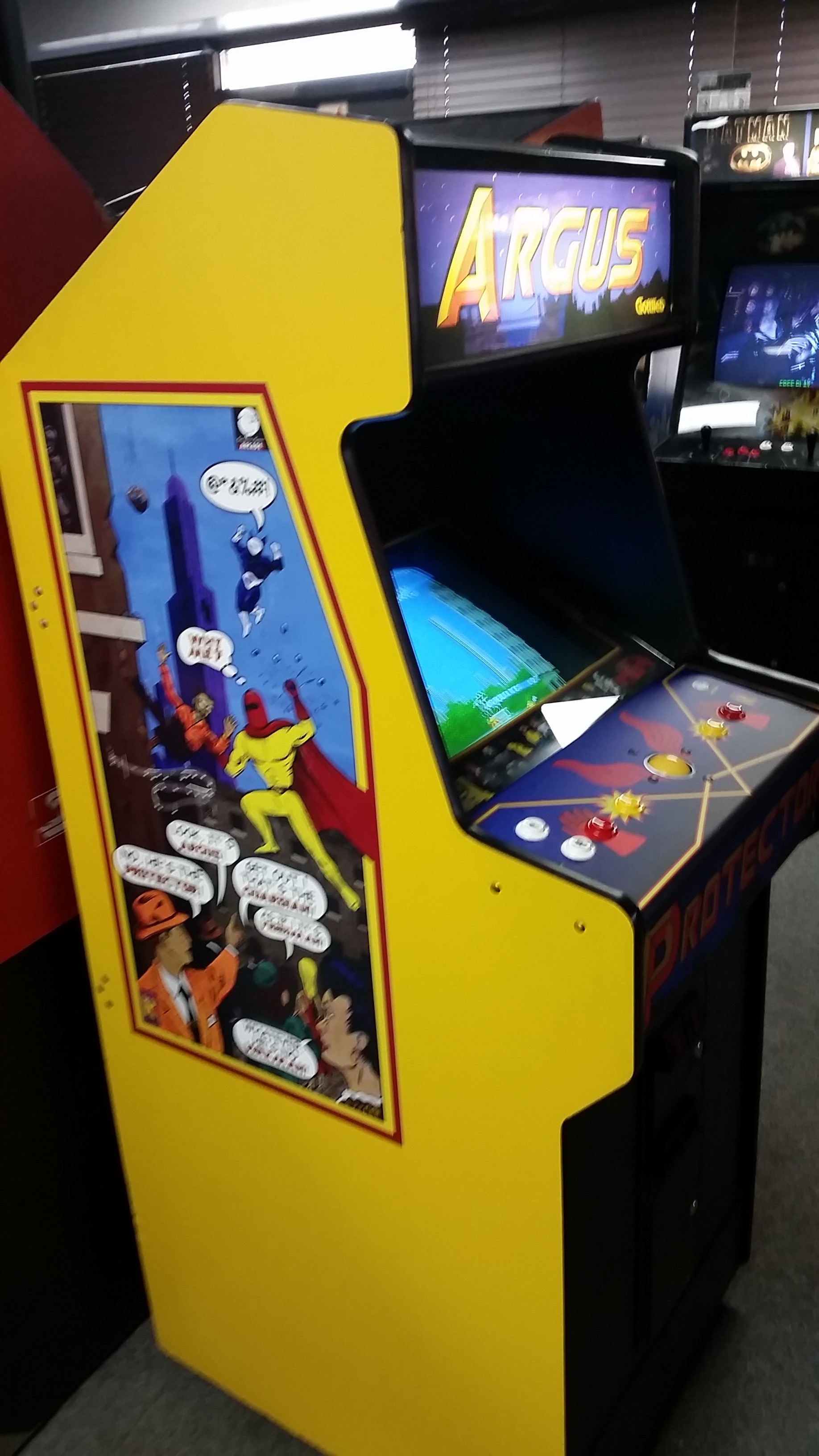 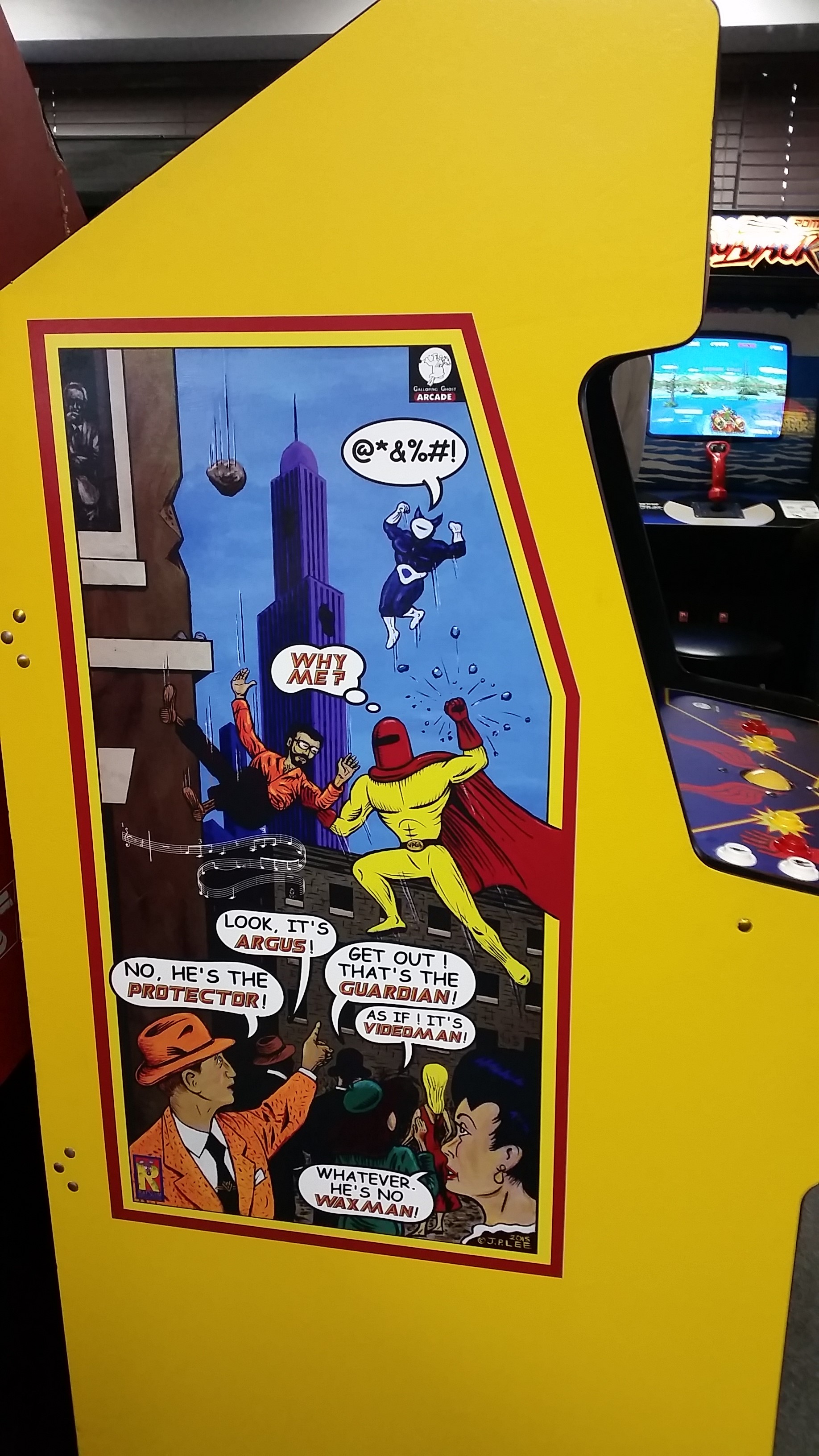 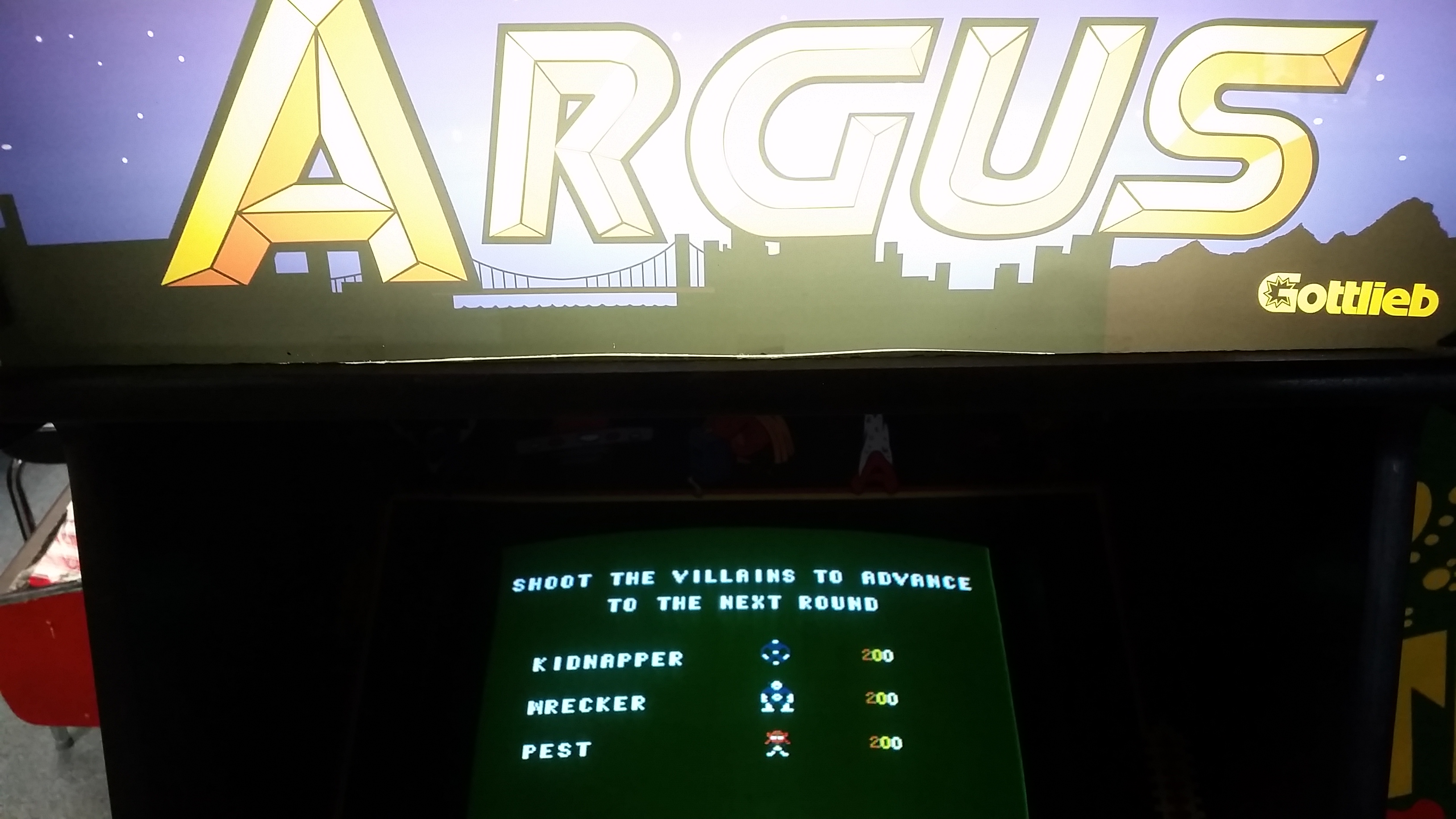 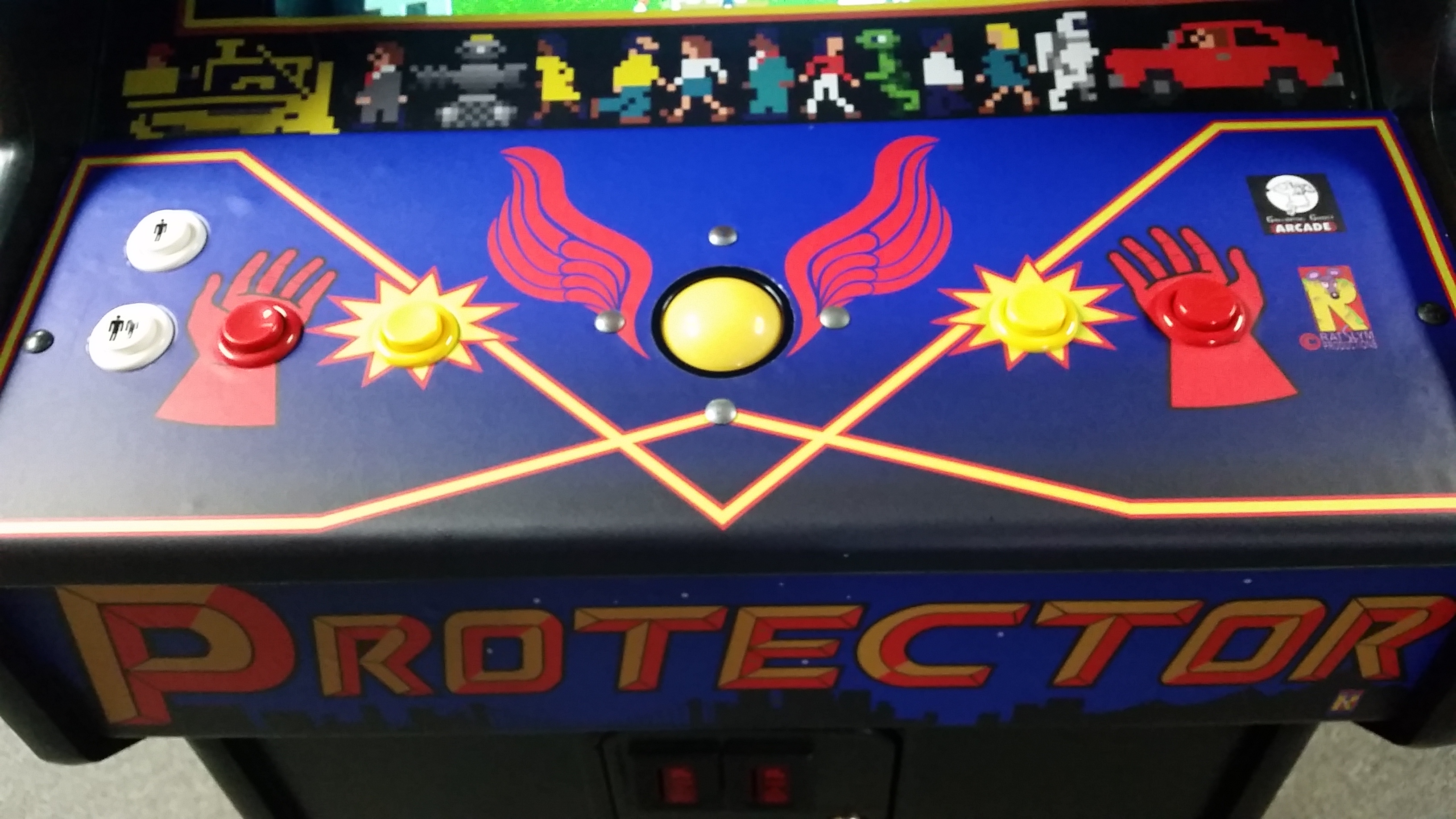 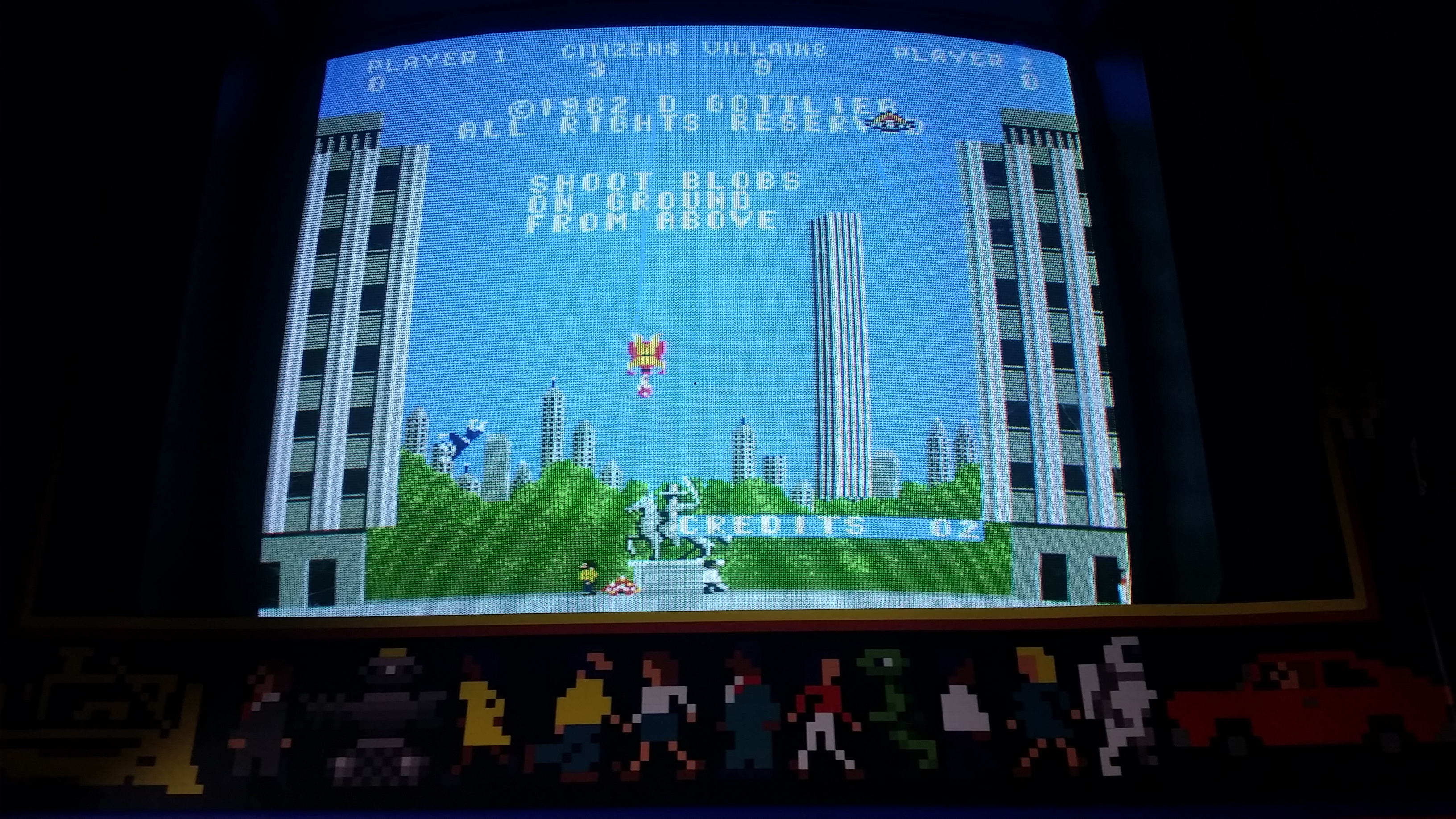