Created by Konami in 1982, you must stop balloon riding wolves from invading your home and taking your precious pooyan pigs. 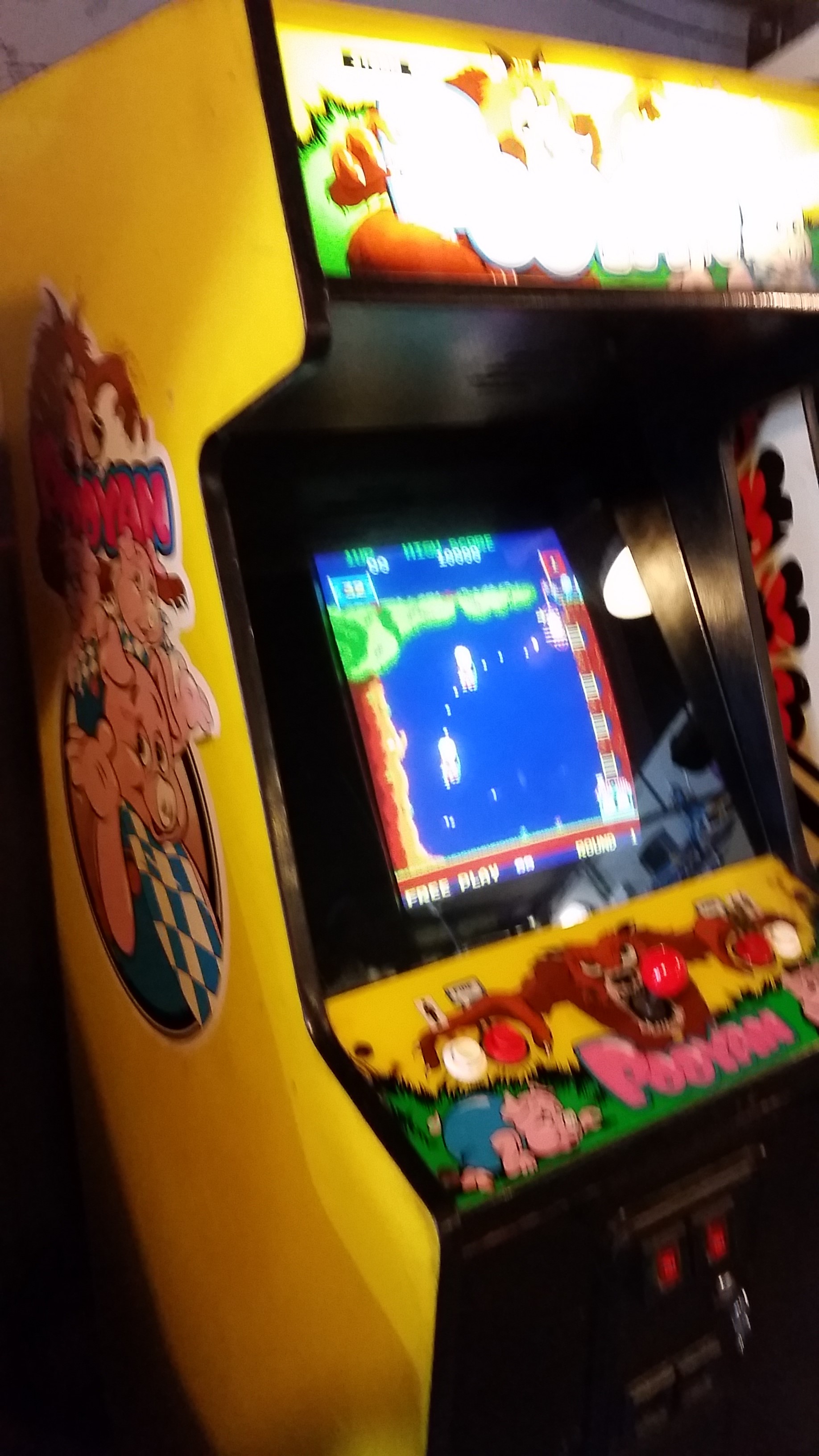 Developed in 1996 by Atari, this beat-em-up was never released, and there are believed to be less than a dozen cabinets in the world. 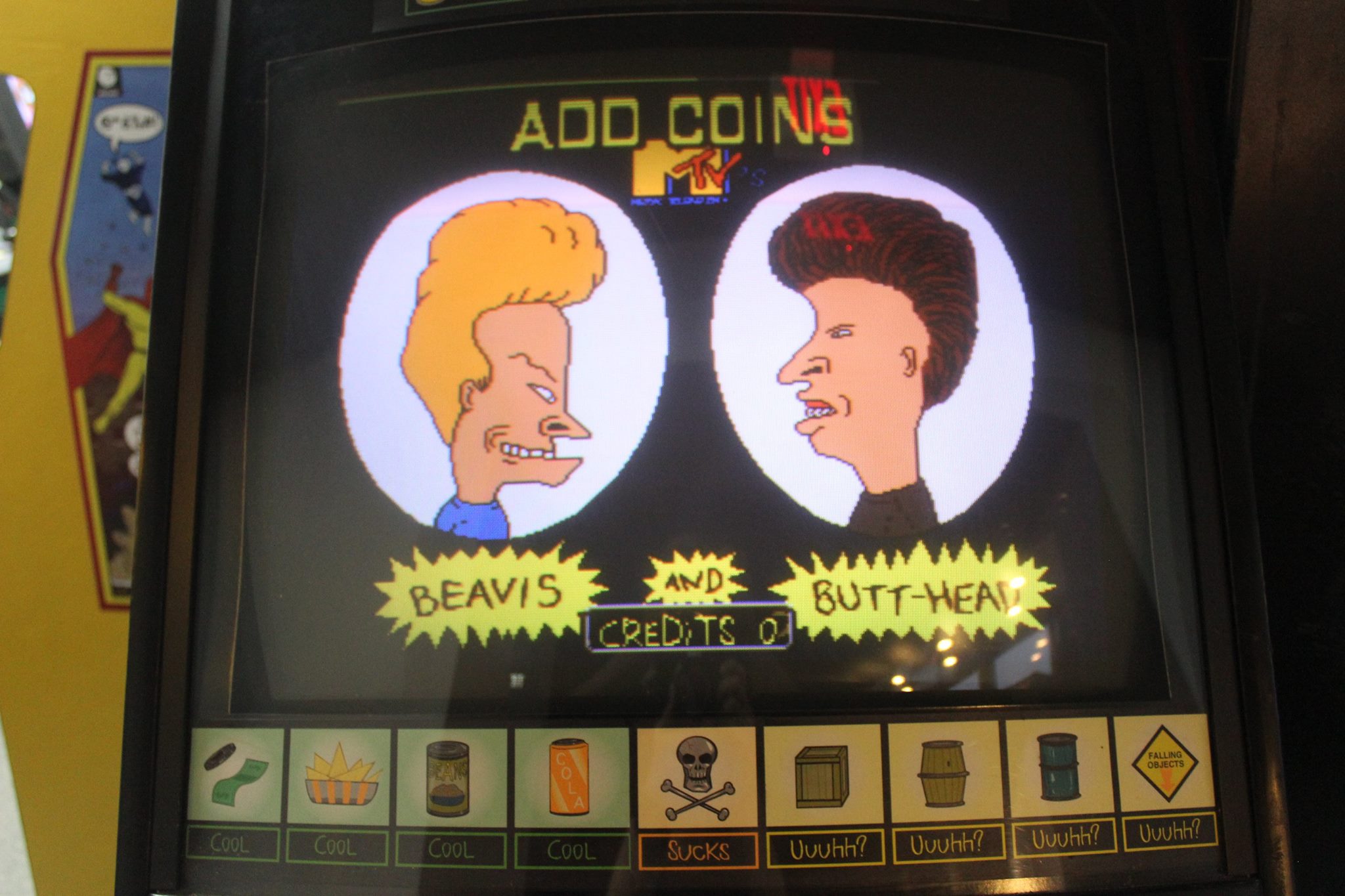 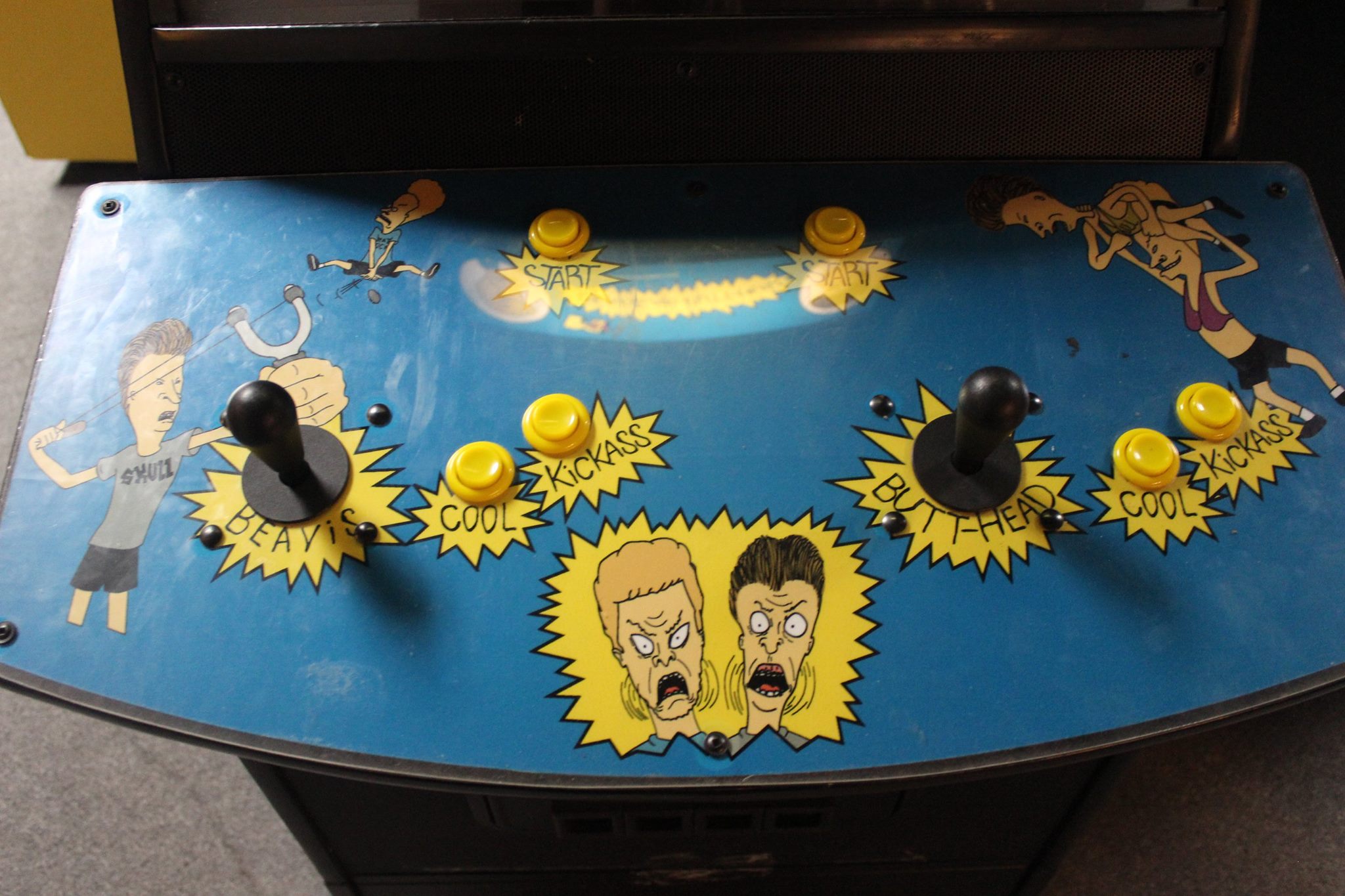 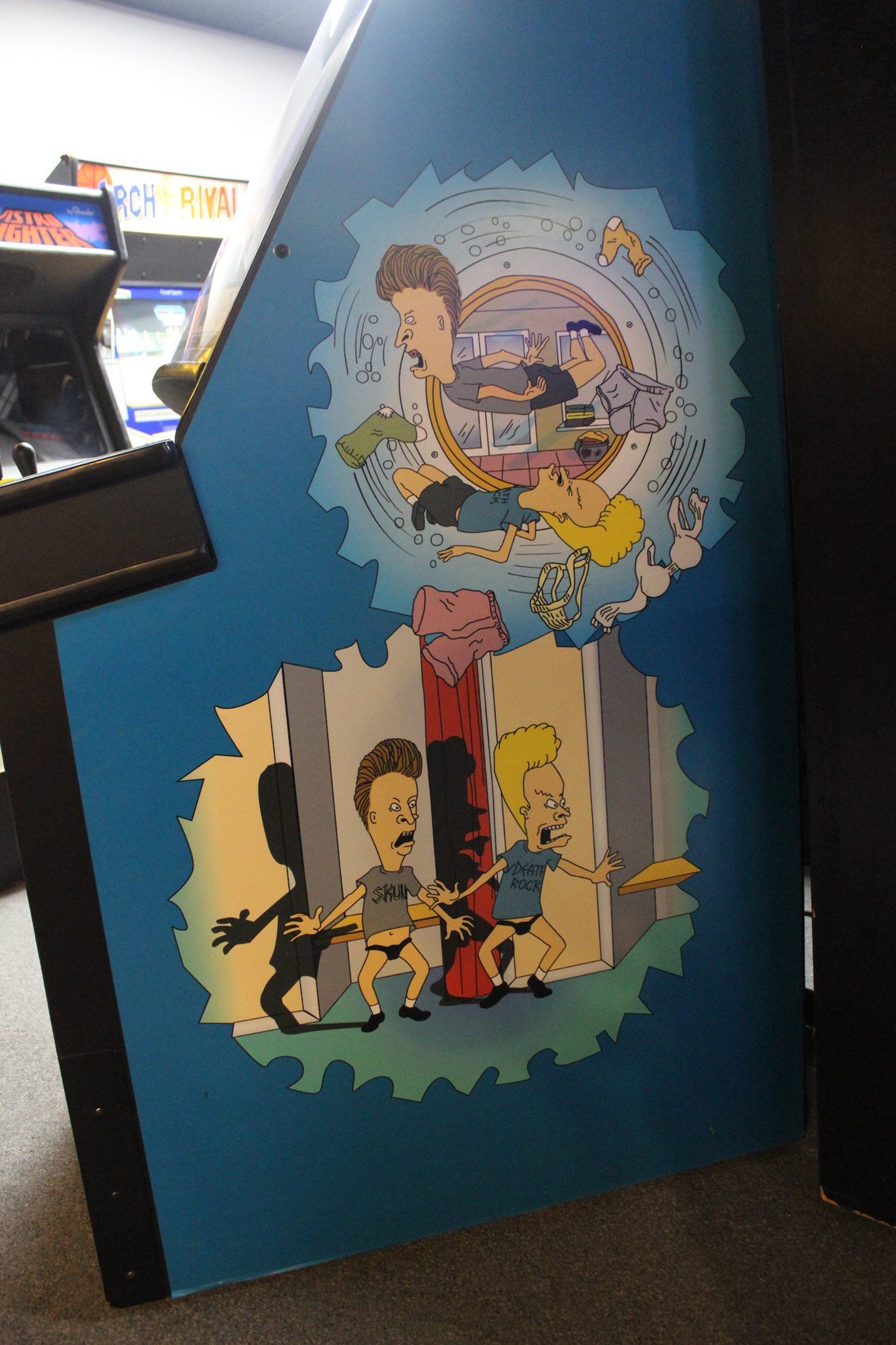 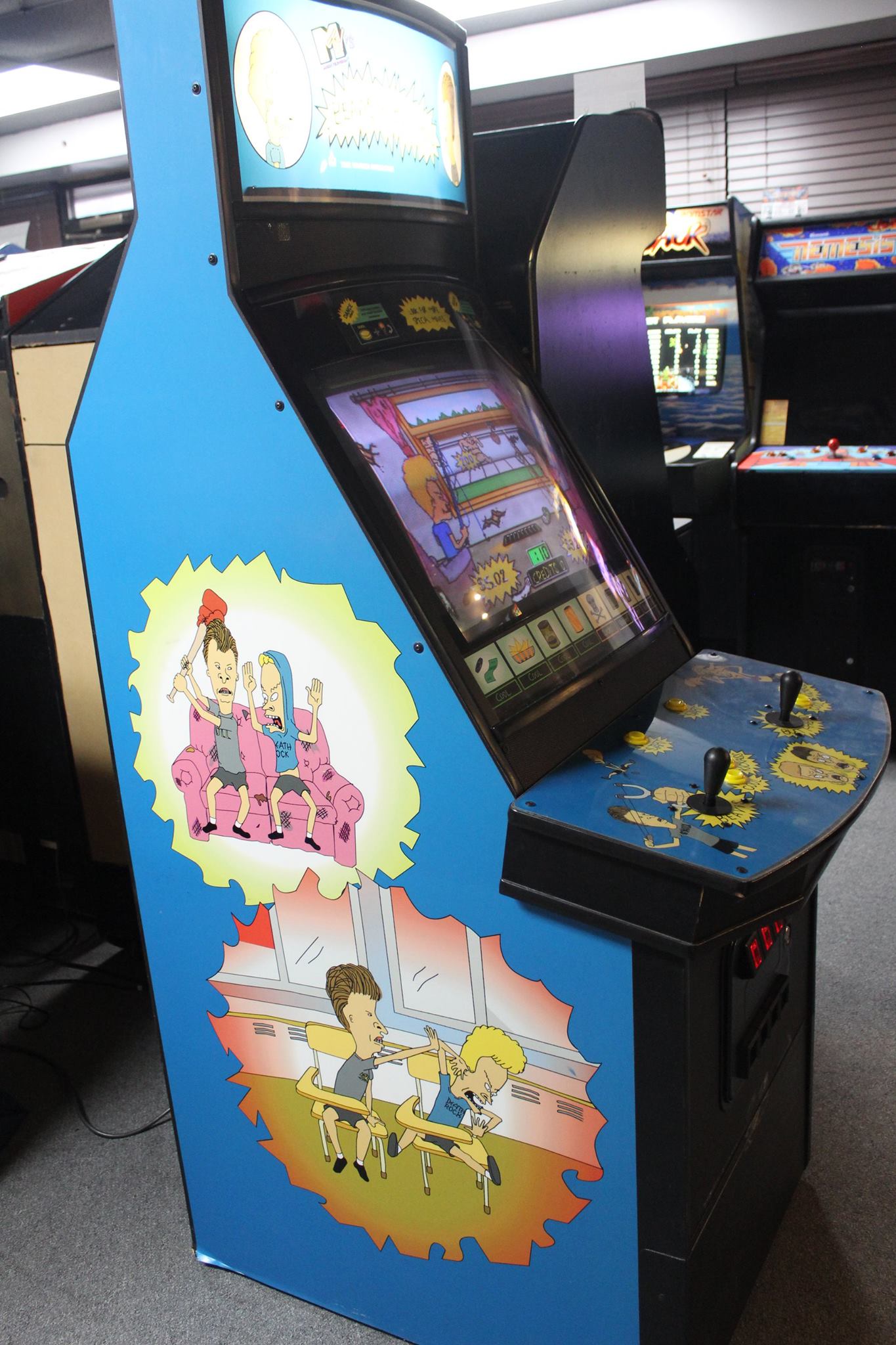 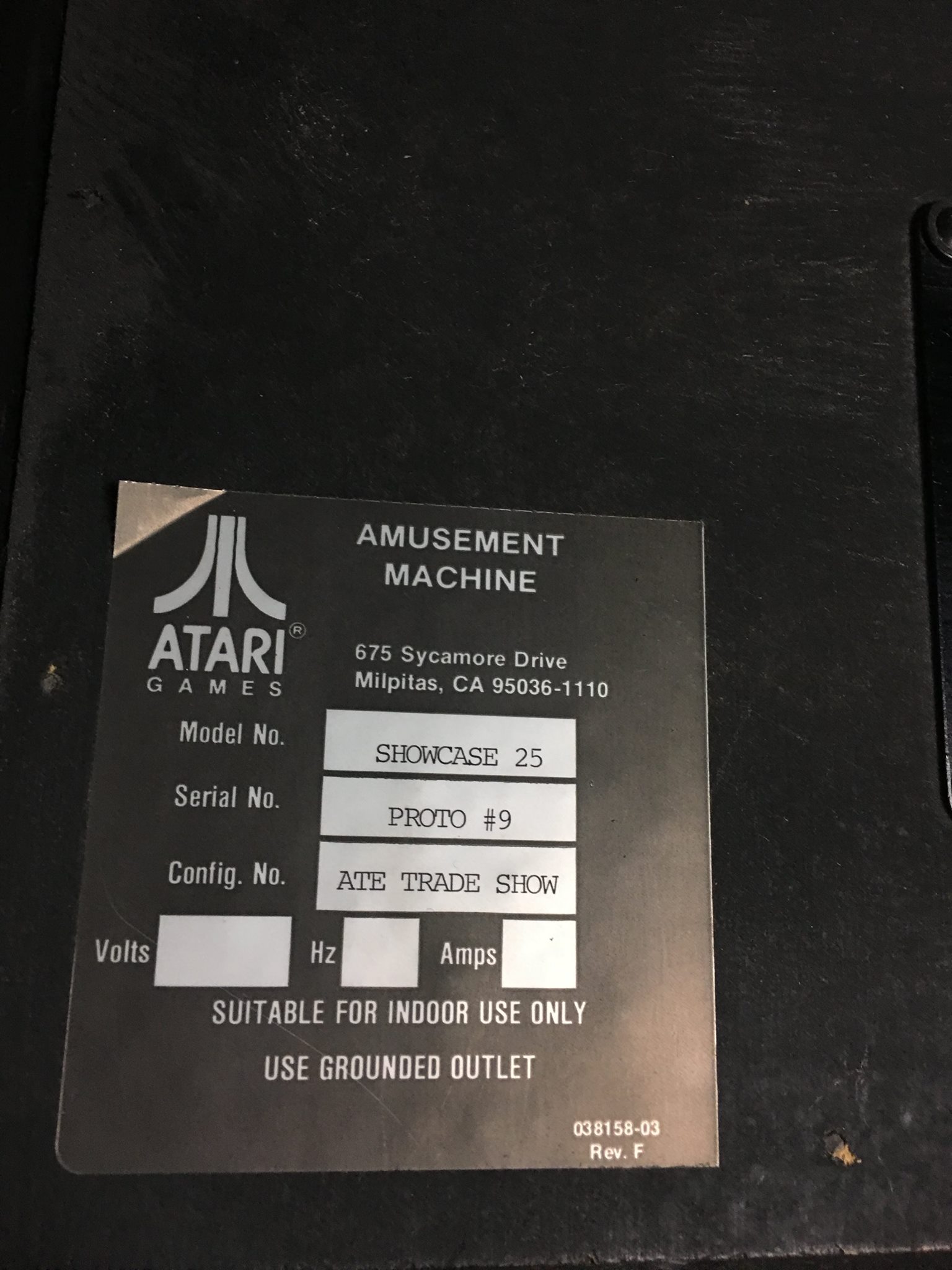 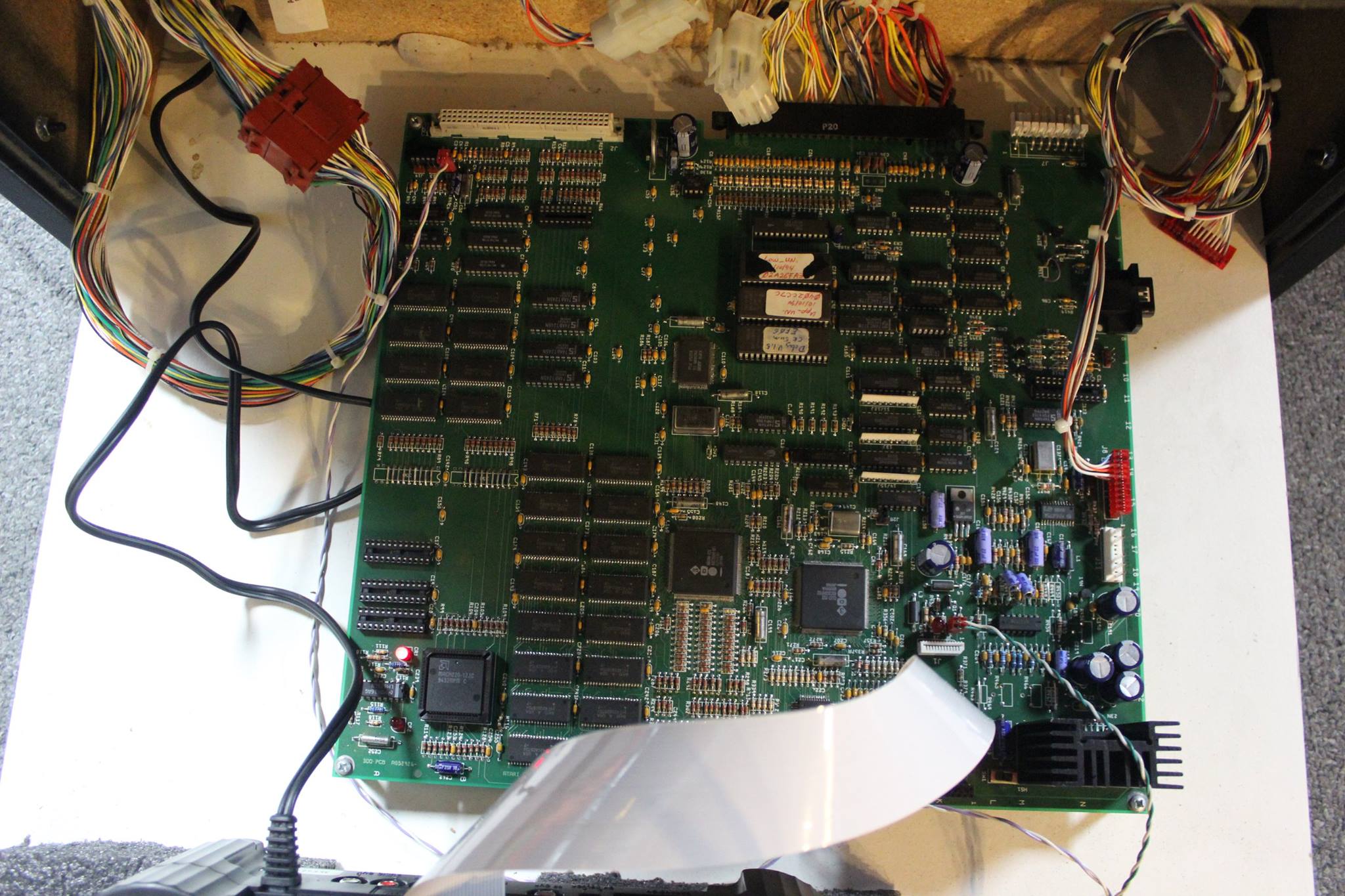 Doc Mac –
Beavis and Butthead! It was being worked on by Atari in 1996 when it was cancelled. Huge thanks to Jeremy Fox of Prince Arcades for finding this one and opting to have it go on floor for everyone to enjoy rather than sell it to a collector to be locked away.

When we received the cabinet, its proprietary CD drive was not working and the game was completely dead. The drive had an odd ribbon cable we’d not seen before. The jamma based PCB looked to be in very nice shape as did the entire cabinet. The CDs would not recognize in a PC so we were unsure of their functionality.

The cabinet was very clean and contained the original sales documentation stating it was sold at an MTV auction in 1999 and was one of only 12 made. I’m certain not all 12 are still in existence any more. Our is Prototype #9.

While the game would not start, when the reset button in the cabinet was pressed, a 3DO logo would display. That sparked the idea to go do a little research on the 3DO. It quickly looked like the drive in the old Panasonic 3DO used the same cable. We went out the next day and found a used 3DO and opened it up.

Taking the drive out and just connecting it to the PCB did not start the drive properly. So we put the drive back in the 3DO and let the Power go from the 3DO to the drive and the data cable go to the Beavis and Butthead PCB.

Moments later Seth Young and I heard the incredibly recognizable music of the Beavis and Butthead theme song. Now it is available for all to play! Keep an eye out as we will be posting a full release video and full play through video.

We also have a second CD we will try soon as well. It could be the original concept disc of the game that was just a series of mini games!

Turkey Shoot was produced by Williams Electronics in 1984. Turkeys have risen up and now run the streets in a massive crime wave. You need to take them out by shooting them and with grenades. The cabinet has actual feathers behind the glass that get blown up over the screen every time you beat a level. 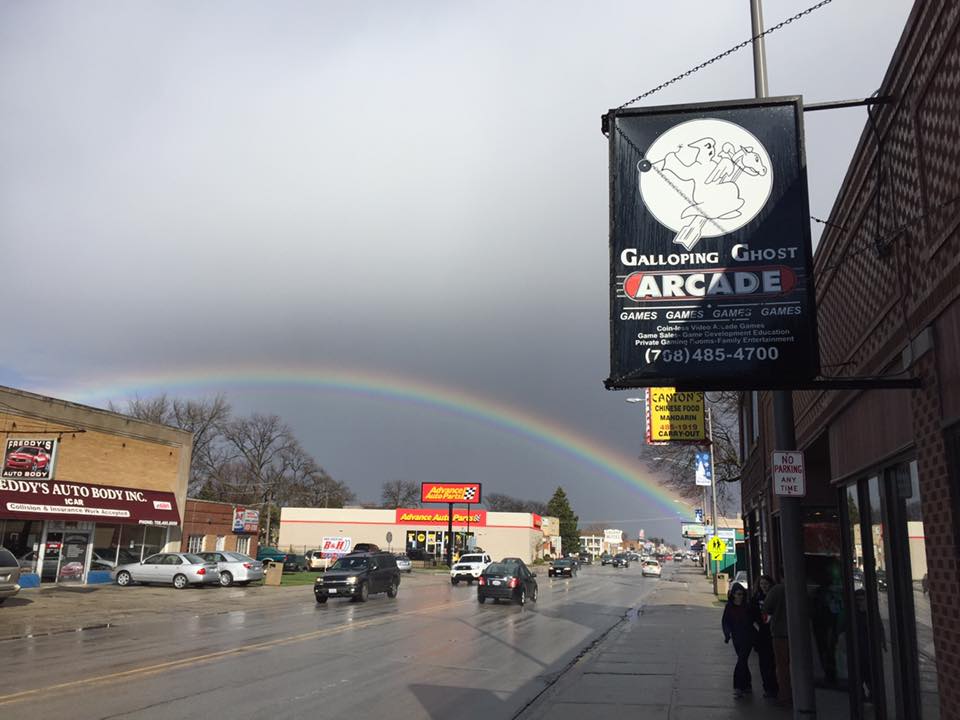